20 years of Anti-Corruption Campaign – GACC [GACC in the News] 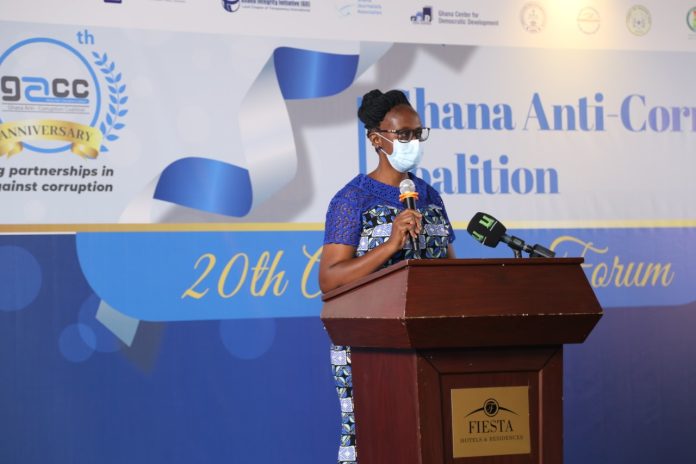 The Ghana Anti-Corruption Coalition, GACC was birthed following the 9th International Anti-Corruption Conference held in Durban South Africa, in October, 1999. It among other things produced consideration for a more holistic approach in the anti-corruption fight.

In August 2000, the World Bank supported the Government of Ghana to undertake a diagnostic study of the phenomenon of corruption in Ghana. The study was conducted by the Center for Democratic Development, CDD, Ghana. It was entitled, ‘’the Ghana Governance and Corruption Survey from Households, Enterprises and Public Officials’’. Recommendations of the Survey according to the GACC inspired their registration to commence business March 13, 2001.

GACC was founded to confront corruption and governance issues with a concerted approach from Government, Civil Society, and the Private Sector. Now how has it fared in carrying out its research, corruption monitoring, CSO and citizen capacity building on anti-corruption issues , locally, nationally , Regionally etc.?

According to GACC’s Executive Secretary Beauty Narteh, the Coalition has gained credibility and legitimacy among Anti-Corruption actors locally and internationally.

‘’GACC’s concerted fight against corruption, particularly at the local level, prompted the creation of local Accountability Networks (LANets), in 34 districts, in 13 of Ghana’s 16 administrative regions….Over the years their efforts have resulted in increased collaboration between local government, service providers, as well as quality infrastructure and better services, and more importantly, accountable governance’’.

‘’At the National level, GACC initiated the periodic Anti-Corruption CSO’s engagement platform with the three arms of government (the Executive, legislature, and the Judiciary) in 2007 to discuss concerns of mutual interest and proffer evidence-based recommendations on issues bothering on corruption, governance, and decentralization’’.

GACC is credited for contributing to the passage and implementation of critical Anti-corruption legislations in Ghana.

As part of influencing Anti-corruption sub-regionally, GACC is coordinating procurement and contract monitoring activities in Nigeria, Sierra Leone and Liberia.

GACC says it would have the opportunity to deliberate on ways to magnify the positive impact and draw attention to persistent gaps in anti-corruption implementation, enforcement and compliance to define priorities for the next decade’’.

GACC’s Executive Secretary is quite optimistic about the future of fighting corruption in Ghana and the Continent.

”Our expectation is for GACC to be well positioned as an enabler and a catalytic Convener of anti-corruption in Ghana and the sub region. The GACC should therefore effectively coordinate the Anti-Corruption efforts of members and relevant partners through a concerted approach that enhances the synergies of efforts and resources. The Coalition could expand membership to relevant organizations and individuals with expertise or interest to champion the fight against corruption in Ghana. The GACC Model could also be replicated at the Regional level to demonstrate the relevance of collective efforts of Public, Private, and Civil Society in the fight against corruption”, says Ghana Anti- Corruption Coalition’s Executive Secretary, Beauty Emefa Narteh. 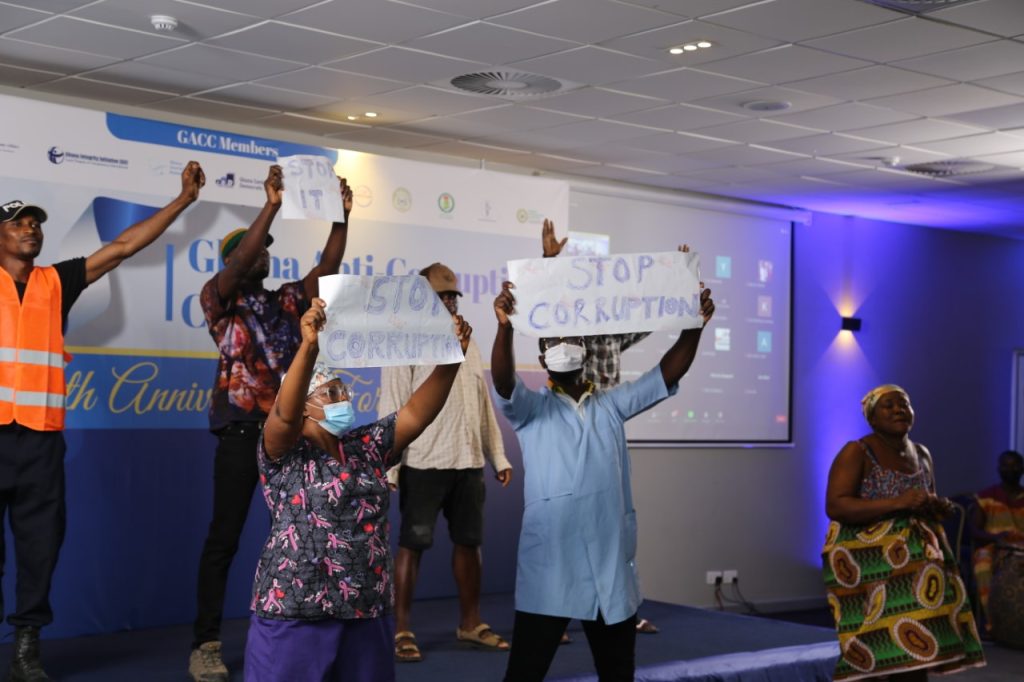