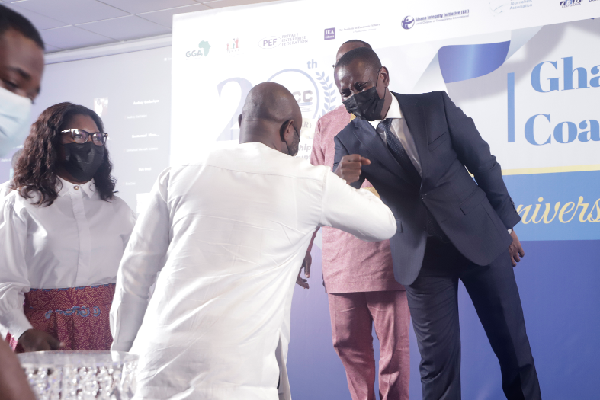 A Deputy Attorney-General and Minister of Justice, Mr Alfred Tuah-Yeboah, has said the fight against corruption is the responsibility of all Ghanaians.

The GACC is a group of activists in the anti-corruption space in Ghana.

The coalition is made up of the Commission on Human Rights and Administrative Justice (CHRAJ), the Centre for Democratic Development (CDD), the Ghana Integrity Initiative (GII), the Private Enterprises Foundation (PEF), the Commonwealth Human Rights Initiative (CHRI) and the Institute of Economic Affairs (IEA).

Mr Tuah-Yeboah congratulated the coalition, saying the anniversary presented the opportunity for the Office of the Attorney-General and Ministry of Justice to review its efforts in the corruption fight and support to the coalition.

He said the government, for its part, had passed some sunshine legislations to address the societal vice.

Mr Tuah-Yeboah said the question: “Who is corrupt”, which was at the heart of the fight, had remained unanswered, with the measure of corruption always being by perception.

He, however, noted that corruption could not be prosecuted merely on perceptions.

“Ghanaians are unwilling to talk when they experience it,” he said.

“The government alone cannot fight corruption. It depends on you and me, and I call on all to help in the fight against corruption,” the deputy minister said.

In a speech read on his behalf by Mrs Linda Ofori Kwafo, the Executive Director of the GII, the GACC Board Chairperson, Nana Osei-Bonsu, who is also the Chief Executive Officer of the PEF, said a coalition to fight corruption was not an easy venture.

He said for the partnership to have lasted two decades was a milestone that merited celebrating.

Nana Osei-Bonsu said at 20, although the GACC was still young, the campaign against corruption needed the coalition to work assiduously to erase the canker.

The Head of the Governance Cluster of the United Nations Development Programme (UNDP), Mr Edward Ampratwum, in a statement made on behalf of the Resident Representative of the UNDP in Ghana, Dr Angela Lusigi, said corruption was the biggest impediment to achieving the Sustainable Development Goals (SDGs).

He said globally, $2.6 billion was stolen annually, with about $3 billion being paid in bribes.

Incidentally, these were the estimated amounts needed annually to achieve the SDGs, he said.

In a video, the United Nations Convention Against Corruption (UNCAC) Coalition based in Vienna, Austria, praised the GACC, saying that its efforts were a model globally.

The GACC is a member of the UNCAC Coalition, which is a network of more than 350 civil society organisations (CSOs) in over 100 countries committed to promoting the ratification, implementation and monitoring of the UNCAC.

The Executive Secretary of the GACC, Mrs Beauty Narteh, listed some of the milestones the coalition had achieved.

She said it had gained recognition, credibility and legitimacy locally and internationally with the creation of Local Accountability Networks (LANets) in 34 districts in 13 of the 16 regions, resulting in increased collaboration among local authorities, service providers and communities.