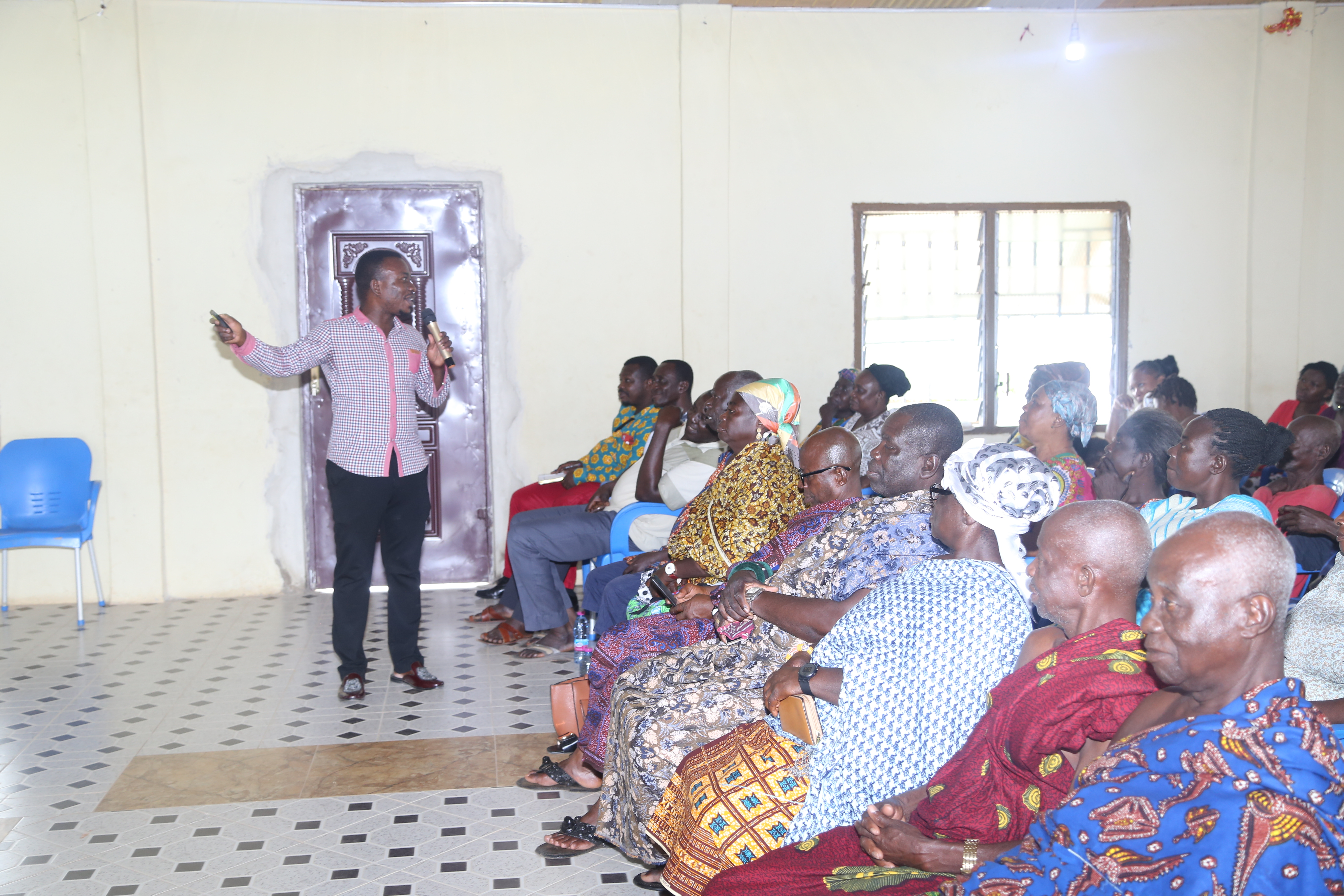 The Government has been urged to ensure adequate engagement of community members in the execution of central government funded projects in order to achieve the desired results.

Residents of Obenemase, a farming community in the Asante-Akim Central Municipality, who made the call, said the practice where people sat in the national capital to decide, which project was a priority for local communities must not be allowed to continue.

They contended that most of such projects ended up being misplaced priority thereby, not addressing the main problems confronting them as a people.

The residents who were contributing to a community engagement on findings of a monitoring exercise on selected projects in the Municipality, could not believe even the local assembly had no idea about some of these projects and called for a paradigm shift to address the real needs of the people.

Dubbed, “From Disclosure to Impact: Deepening and Broadening Open Contracting in Africa”, the monitoring exercise is a collaboration between Ghana Anti-Corruption Coalition (GACC) and the Africa Freedom of Information Centre with funding from the Hewlett Foundation.

It is being implemented in collaboration with Local Accountability Networks (LANets) led by Abak Foundation, a local Civil Society Organisation.

The goal is to improve the delivery of education and health services through the promotion of disclosure, public participation, efficiency, value for money and competition in public contracting in Ghana.

The community engagement was therefore to share findings of projects monitored with the citizenry to keep them abreast with contract details of the projects in the spirit of transparency and accountability.

Mr Philip Duah, the Executive Director of Abak Foundation who led the discussion, said there was limited disclosure of information on some of the projects monitored.

He said the team was able to access information on 11 out of 20 projects that they requested from the Asante-Akim Central Municipal Assembly.

The Assembly, according to him, did not have information on the remaining nine projects, which were all central government funded, and recommended that the Assembly took steps to retrieve the contract documents.

He described the situation as very worrying and urged management of the Assembly to ensure documents on all those projects were secured to fulfil the citizens’ right to information.

Madam Faustina Djabatey, Communication Officer of GACC, said the engagement was to update community members and the Assembly on projects monitored already and progress made on previous recommendations.

She said some progress had been made with regards to publishing of contract information on the website of the Public Procurement Authority (PPA), citing the publication of information on two projects, which were not on the PPA website during the monitoring.

“We want to encourage the Assembly to take steps to ensure that information on all the projects that we have been monitoring throughout the period are made available to the PPA,” she implored.

She said she was impressed with the active participation of community members in the exercise and encouraged them to continue to show interest in how projects brought to their communities were executed.